As I mentally prepare for the onslaught of political campaign ads I’ll be forced to look at on streaming and social media soon – I think about a new wave of young politicians who are not particularly going the marketing route their relic predecessors went.

Art and graphic design have long been utilized for political and civic discourse. But as a designer, if you’ve ever had the pleasure of working with an old-school campaign manager their fossil-like strategies of campaign design and advertising are all too familiar and gross. Striking slogans. A deified figurehead. Vague illusions to an appealing, yet totally fabricated lifestyle. Supporters of politicians on any side literally parade their brand colors and slogans, in what could be considered an unparalleled show of “brand loyalty.”

I did a thing…

I won’t say who, but you can do a few minutes of googling to discover who I may have designed for many moons ago. He was a young and bright guy running for senator and his brood was chock-full of a passionate, young campaign team with goals of a better world. The community’s overwhelming response to his campaign’s artistic and creative branding and marketing was so amazing to see. And then… As a well-branded grassroots campaign does, he started to do well. So well that he caught the eye of a high-brow campaign manager who worked with the likes of elected presidents and senators from the past. Who brought her template of stuffy branding/marketing guides to re-do the vibe our team had created. He immediately went from being seen as a sleek, innovative, out-of-the-box, modern politician to just another ivy-league, privileged douche running for office. Needless to say, he didn’t win.

Graphic designers when listened to, have the ability to change how your community sees you with your branding and marketing assets. I think of the Wide Awakes campaign aesthetic:

Many new political organizations are focusing their efforts on giving political art greater public exposure. We can do this without pushing any one political agenda that the whole world is coming privy to.

Go rogue! Be bold. Stand out from the pantsuits and the $800 ties. Your community is quite over that type of politiican! 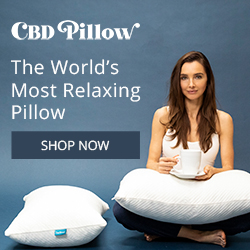